Apple is expected to introduce iOS 14 beta and iPadOS 14 beta at the WWDC Developer Conference in June 2020. Published a complete list of all compatible iOS 14 devices, including iPhone SE.

A recent report from the French iPhonesoft website says that this year’s version of iOS 14 will support all devices like iOS 13 last year. Only the iPadOS 14 will have small changes.

This means that the iPhone 6s and all iPhones released after that will continue to be supported by the latest version of iOS, which will be released this year. This list will include the iPhone SE, released back in 2017.

Which iPhones will support iOS 14

Here is the full list of smartphones that would receive iOS 14, according to the report:

Despite the fact that the source claims about all supported smartphones, this may not be entirely true. We believe that iOS 14 will not be available for the iPhone SE, iPhone 6S and iPhone 6S Plus. With the release of the new version of the operating system, Apple is always reducing the number of devices to support it. More will be known later.

Which iPads will support iOS 14

The source also said that Apple will stop updating the new iPadOS for the iPad Mini 4 (released in September 2015) and iPad Air 2 (released in October 2014). These devices, in turn, come with A8 and A8X chips. And the list of compatible iOS 14 devices included:

The final versions of iOS 14 and iPadOS 14 will be released in September 2020. Prior to this, we will have a presentation in June and a beta testing phase of firmware. 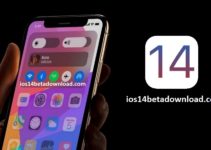 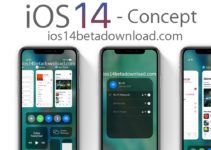