iOS 15 Beta Release Date. Apple organizes two events every year. It introduces the new operating system in the summer WWDC event. In the autumn event, it introduces new iPhone and iPad models. Apple will introduce iOS 15 next year at the WWDC 2021 event in the summer. iOS 15 will come with many new features.

iOS 15 is eagerly awaited by users. The widgets that came with iOS 14 last year are expected to have more features and more applications to be added. Beta versions are released every year after the introduction. Only developers can download and use these versions. The purpose of this is to fix errors in iOS versions and to design a more perfect operating system. You can open a developer account and use beta versions. But this may bother you as there will be many errors. The annual fee for the exclusive Apple developer account is $ 99.

So why will it be published 1 week later?

Because in this process, iOS 15 Beta 1 will be released for developers and errors in the first beta version will be corrected.

When will iOS 15 Beta be released?

Apple will introduce iOS 15 Beta at WWDC 2021 event. Along with iOS 15, iPadOS 15 beta will be released. The number of people using iOS is increasing day by day. Many people are eagerly waiting for these updates, as Apple still provides updates to their old devices. Apple is the best company in the mobile world for updating. Because it still provides update support to its phone, which was published in 2016.

The iOS 15 beta update will be announced at WWDC 2021, which will be held on June 7. The new operating system, which will enter the beta process from this date, is expected to be downloaded for the following compatible devices from the third week of September.

Every update brings the end of some iPhones. For example, he said that with the release of iOS 14, iPhone 6 and iPhone 6 Plus will no longer receive updates. It is said that iOS 15 will not support iPhone SE, iPhone 6S and iPhone 6S Plus. The list of supporting devices is as follows: 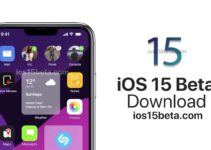